I Left My Heart in the Savanna 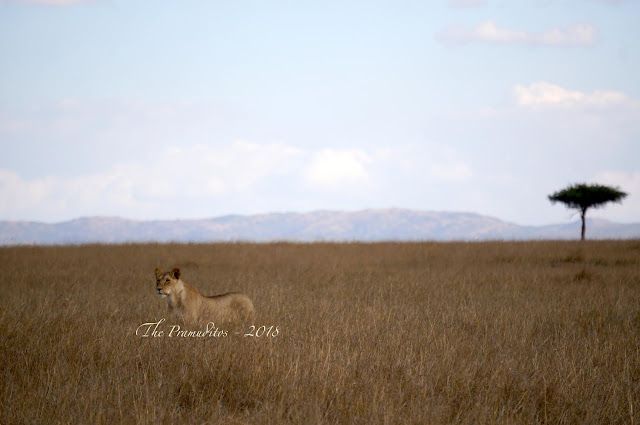 This is a (very) late post, but a necessary one nonetheless. Because it is about Africa. Kenya to be exact. It is about the time we went to Kenya and I fell in love so deeply with it. It is true what people say; Africa is a land like no other. Africa is a land that will change you. And changed me it did.

Every November we try to travel to an interesting place as a way to celebrate Lila's birthday. In 2018, the destination was Kenya, Africa. I usually arrange our travels without the help of travel agents, but this trip was different. I did not want to mess up our first Africa trip by choosing the wrong accommodations or activities. Thus I did my research and decided to go with Basecamp Explorer. We chose a tour package and their friendly agents helped us tailored the tour to our needs. Choosing them is one of the best decisions I have ever made.

We chose the 'Wild Family Safari', a 5-day safari that allowed us to experience Maasai Mara (which is government owned) and Mara Naboisho (a private conservancy). The whole 5 days were filled with game drives (safaris). We stayed in tents surrounded by nature. These tents are luxurious tents with private bathrooms and balconies. They did not have AC but it was not needed since temperature was always mild and nice. Every day we were served breakfast, 3-course lunch, and 3-course dinner. Every meal was cooked in the camp by a chef and his team. It was always delicious and fresh. We had our own butler and he tended to our every need. We had our own guide/driver, a local Maasai man named Manfred. We had never experienced such luxury and hospitality. Nevertheless, even without these comfort, Kenya was still nothing short of amazing.

We had the time of our lives with Basecamp Explorer. Everyday we were spoiled at the camp, we saw the most amazing landscapes and the most amazing animals. Manfred was a senior guide at the camp and he was like a walking dictionary about animals and Maasai Mara. We had the most amazing, life-changing time of our lives! I mean to see zebras, wildebeests, giraffes, hippos, elephants, cheetahs, and lions in the wild, doing the things they do in the wild is such a humbling experience! Every time we stopped to observe the animals we were always very close to them and the safari car did not have glass windows. We would be 1.5 meters away from a cheetah and nothing was in the way of us and the predator. Somehow the animals had decided that the safari cars were just part of nature. Truly, the animals completely ignored our presence except when the car was moving. Even when Lila suddenly screamed. The lion just looked a little bit surprise but then she went back to feasting on a huge wildebeest.


To experience first hand how the circle of life works in the wild with no interference from humans was eye-opening. Lila had to learn about the circle of life very quickly in the trip when she saw predators feasting on a gazelle's carcass. After that, we had long conversations on how living beings would eventually die and that predators in the wild are not the "bad guys". We had conversations about the food chain and although it was very sad to see animals being eaten by other animals, that was just how nature works. They were not the easiest conversations to have with a 4 year old but I believe that they were good for Lila and for us as parents.

Another highlight of the trip was interacting with the Maasai people. Every Maasai person that we had the pleasure of meeting and interacting was friendly, although not too friendly. They were calm and soft spoken but passionate when it came to talking about their land and the wildlife. The Masai people are a huge part of the Maasai Mara. They are fierce protector of the wildlife and they know it like the back of their hands. Unfortunately, as in many African countries, poaching is a big issue in Kenya. The entrance to Masai Mara was guarded by armed guards. We had to show papers and permit before entering. Every time we entered and exited, our guide had to show those papers. Then the armed guards would (with stern faces) walked around our car and made sure we did not have anything in the car that would allow us to hurt the animals or evidence that we had hurt the animals.

The 'Wild Family Safary' was designed to let guests experienced 2 camps in one trip; 2 nights at Basecamp Masai Mara and 2 nights at Wilderness Camp. Basecamp Masai Mara was like the main camp for Basecamp Explorer in Kenya. It was comfortable, well developed but still very much blended in with its surrounding. It is the base for much of Basecamp Explorer's high impact conservation work. The Obamas stayed there in 2006 when Barack Obama was still a US Senator. They planted trees that are very much loved and valued by the locals because they were planted by Barack, Michelle, Sasha, and Malia.


Our tent at Basecamp Masai Mara was spacious. In 2006 the Obama girls stayed in the exact same tent while the parental unit was in the nextdoor tent. Anyway, we had a patio that faced the Talek River. The nights were pitch-black in Maasai Mara and so one night when we heard noises from across the river we freaked out. I thought for certain a leopard would jump out of one of the trees to our balcony. Our guards (the local Maasai men who guarded our tent every night so that animals did not ambush us) came and we finally figured out the source of that sound: elephants. Huge, hungry elephants that were breaking branches and eating them. It was surreal! We spent an hour just watching those big animals ate.


On the last two nights we stayed at the Wilderness Camp. The name says it all. We were in the middle of nowhere. The Wilderness Camp consisted of eight tents that were delicately placed on the Saddle Valley rim. We had a complete view of the savannah and the savannah had a complete view of us. One night zebras came to eat leaves from a tree that was just in front of our tent.  Basecamp Explorer wrote: Wilderness Camp is our nostalgic tribute to the safaris of the early explorers and safari pioneers. Free from artificial luxury and modern disturbances. Wilderness camp is how safaris were meant to be. The Wilderness Camp was my favorite! Although we could not leave tent without someone guarding us, but it was the most peaceful, serene, and natural place I had ever stayed in. The dark sky was full of stars, the sounds of animals can be heard at any time, the view was world-class, and the lack of internet was very much needed. We were cut off from the rest of the world and it was the most magical experience.

I wish we could spend more time in Kenya, alas our budget was limited. I do wish that someday we could comeback. I wish I could experience another morning in the Maasai Mara, seeing the sky changes colors, seeing the animals gracefully getting up and about, soaking in the beauty of the landscape that just goes on for miles and miles, hearing nothing but the hum of the safari car and footsteps of zebras and wildebeest running pass, and breathing in the sweet sweet air of Africa. What a blessing it was to be able to set my foot in Kenya, to be allowed in Maasai Mara, to meet the Maasai people, to come face-to-face with the most amazing wild animals, to have my husband and my daughter with me. Kenya forever changed me. I long to go back. I really really do. 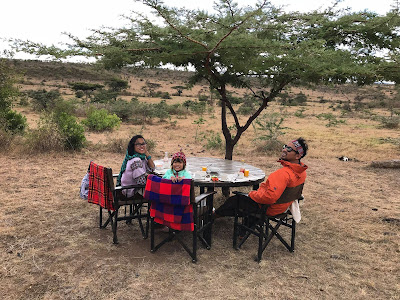 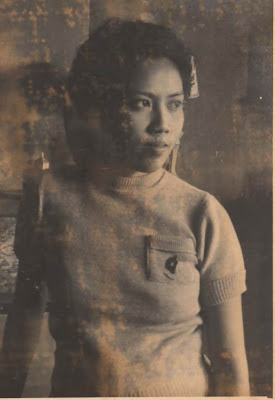