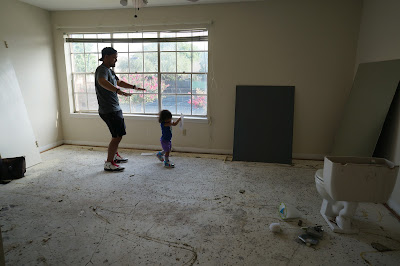 Twenty seventeen was a year of jumping to the world of real estate investment for me and my husband. We added two rental properties, learned to be good landlords (still learning!), bought a fixer-upper, renovated that fixer-upper, dealt with lots of renovation nightmares for half a year, and, without even realizing, worked on our relationship as husband and wife, and business partners. It was a tough year, but also a very memorable one.

We bought our second rental property in December 2016. Our first rental property is our first home in Houston. When we moved to a new house, we decided to rent out that (town)house without really realizing that it had to be treated like a business. Our second rental property is a 1976 house that needed some TLC. So we renovated that house for roughly a month and found great tenants in March 2017. Although faced with some problems, we became more confident in doing real estate investment and doing the landlording ourselves. I should mention that we have been very lucky with our tenants. They are truly wonderful people. 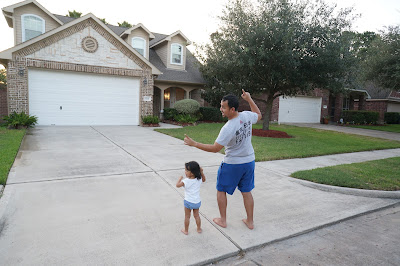 We used to live in Katy, TX, a suburb of Houston. Katy is one of the best areas in Greater Houston to raise a family because of its great schools and many family-oriented public areas. We lived there for 4.5 years. In 2017 Aris became very much fed up with his everyday commute to work. He had to wake up very early and leave work very early in order to beat the traffic. Living in Katy was not working for him anymore.

We talked about finding a place closer to his job and finally decided that it was the best thing to do. He was not happy. And him not happy made me unhappy. Our spacious beautiful house and picturesque neighborhood meant almost nothing if we were constantly cranky and tired, always snapping at each other. Also, we felt like we were getting too comfortable in Katy and we had too much space in the house for only 3 people and 3 dogs. Some areas of the house were almost always vacant and unused, untouched by love and laughter. With heavy hearts we came to a conclusion that the house was not what we needed anymore.

Nevertheless, it was NOT easy to find the perfect place near Aris' work. Houses in a good school district and closer to the city center cost a fortune. We want to be happy AND save money. We do not want to spend more money in the long run. So my husband with his excellent property-hunting skills found several candidates for us. Mostly townhouses. Meaning we would be sharing walls with the neighbors, have very small to none existent backyard and paying a handsome sum of monthly management fee to the Home Owner Association. BUT, we will have limitless access to a pool and a tennis court, and we do not have to worry about fixing the roof, maintaining a yard, and replacing/fixing the fence. The best part though is being so much closer to almost everything Houston has to offer. 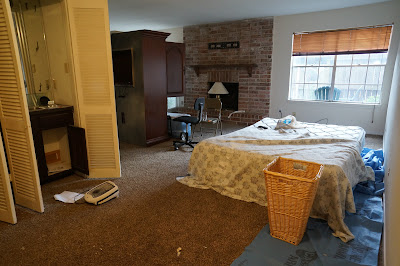 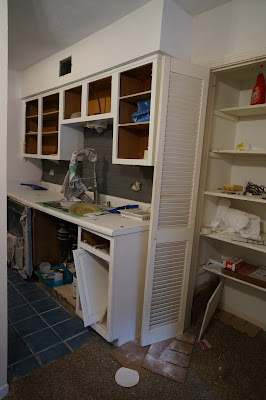 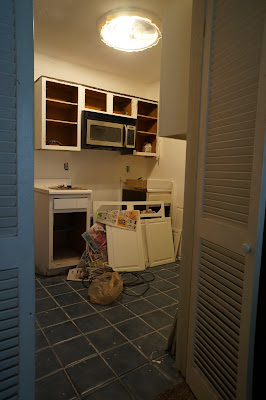 One of the townhouses that fit our budget was a 1978, 2,000 sqt townhome just 11 miles away from Aris' office (compared to our Katy house: 24 miles away) in a very nice townhome complex. There was a catch though: it was in a bad condition and we needed to do major renovation to it. Bad as in we needed to redo kitchen, bathrooms, repaint (because the whole house smelled like cigarettes and marijuana), and replace carpets (all through the house) with laminate floors. It was a massive undertaking.

The previous owners were willing to settle for a very reasonable price. It was very tempting. After much financial calculation we decided we could afford the house and renovating it. Not long after purchasing the house we also put our Katy house on the market for lease/sell, found a family who wanted to lease and then eventually buy the house, moved out of the house, and moved in with my sister-in-law (thank you, Anin!) until we finished our renovation.

When we bought the house, we were so confident that we had taken everything into consideration. What we did not take into consideration was how challenging it was to deal with major renovation while juggling a toddler, keeping your relationship healthy, getting the hang of handling a new rental  property (and keeping up with the other ones), and finding good, honest people to work for us. Enter: renovation nightmares. 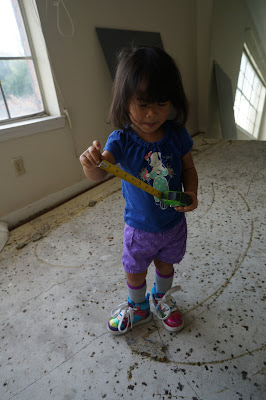 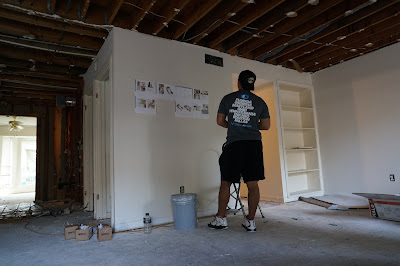 I have to admit that those nightmares happened mainly because we lacked knowledge and most of the time: naive. We managed to find two bad general contractors (fool me once...) and had the renovation halted for a few times because of those contractors and Hurricane Harvey. We got so tired after being consecutively slapped in the face by how shitty some people could be that we decided to just rest and did the renovation (very) slowly. We decided to avoid General Contractors and did the project one expertise at a time.

In November somehow Aris found someone who could do tiling for a reasonable price and a good quality (you tend to bleed money after months of renovation). Then this tile guy introduced us to a carpenter who eventually brought us to the finish line. It is funny how the Universe works. We were ready to give up and we expected the renovation to go well into 2018. Who knew, here we are, in the beginning of 2018 and most of our worldly belongings are in our new house already. 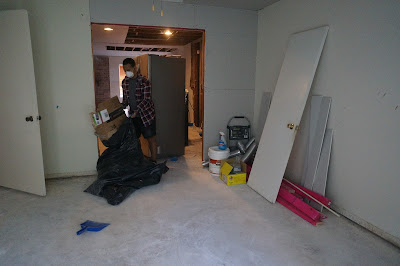 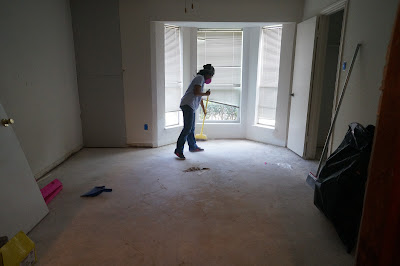 We learned a lot in the last 6 months of 2017. Mostly about steps of renovating a house, budgeting, finding good people to work with and spotting people who are just plain BS, and dealing with shits and stress that come with renovating a house without despising your significant other.

At the end of 2017 I told Aris that I was tired. I did not do much working out throughout the year (I probably should have), we did not do much traveling (because, bleeding money..), but I was so worn out. Like I was ready to sleep for 2 months. So to see the house almost 100% done brings so much happiness to me. I am so in love with the house already. 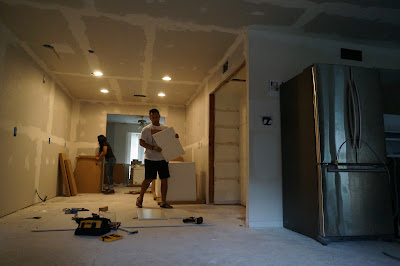 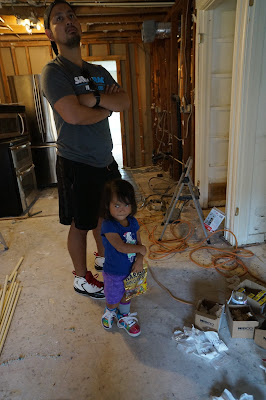 In every corner and detail I see myself and Aris discussing, arguing, working together, laughing our asses off (sometimes because of something truly funny, most of the times at all the ironies), and appreciating each other. I see Lila being so easy-going throughout the renovation process. At the end of this long and tiring process, I realize how awesome Aris and Lila are. How incredibly lucky I am to have them both and to have this whole experience with them. This was the adventure I did not know I wanted or needed. Husband and daughter, I appreciate you. Thank you.